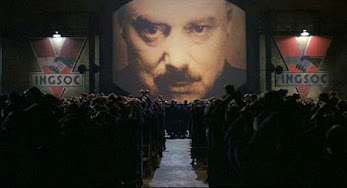 We already saw how the bankers were able to influence most western governments (or got rid of uncooperative ones), how they introduced their central banks in most countries, how they took most of the gold and silver out of the hands of the ordinary citizen, and we can see their power every day by simply looking at who owns the biggest building in town. But the bankers’ greatest achievement was an even bigger task: completely changing society at their will and for their own benefit.

I already covered in previous chapters how they influenced (or got rid of) the rulers around the world to change the state laws regarding usury and the central banks; which in the English-speaking world happened as early as 1545, with Henry VIII’s “An Acte Agaynst Usurie”. But I left out the second biggest obstacle in their way: the Roman Catholic Church. In Christendom, usury was forbidden to clergy by the council of Nicaea as early as 325 A.D. Later, during the Third Council of the Lateran, in 1172, usury was also banned for the rest of the population, and was decided that no one who accepted interests on a loan would be give neither the sacraments nor a Christian burial. [1] It is now known that many important members of the clergy were accepting loans from the Templar Knights –whose interests were paid disguised as fees for their services-, [2] so in 1311 Pope Clement V proclaimed usury a heresy and abolished all secular legislation which allowed it [3] just one year before he disbanded the Templar order in 1312. The last change came with Pope Benedict XIV in 1745, with the encyclical “Vix Pervenit: On Usury and Other Dishonest Profit”, and was applied to the whole of the Roman Catholic Church in 1836 during the reign of Pope Gregory XVI. [4] Even though this encyclical condemned usury, it allowed extrinsic interests to be paid on loans; as long as they were not an intrinsic part of the contract. [5] Papal historian John Pollard argues that this contributed to the dependence of the Holy See upon Jewish bankers like James de Rothschild. [6] And from that moment on the Church gradually retreated from actively enforcing the bans on usury, and as charging interest became legally and ethically accepted (see further down) the encyclical's relevance faded; though it was never formally retracted [7] –except in some country; coincidentally: France after the revolution-. [4]

But getting western countries to legalise usury, and convincing the Roman Catholic Church to stop prosecuting usurers was not the end of the story; they had to change society’s view on usury if they succeed. We can clearly see how the public regarded usurers in an example from Dante’s “Divine Comedy”, which places them in the inner ring of the seventh circle of hell, below suicides; in a ring only shared by blasphemers and sodomites. But with the state and the church eating from the bankers’ hand, changing public opinion would be no problem; though I have to admit that in my opinion it was a brilliant move. Since the bankers could not change the nature of usury itself, they would simply change its definition. You see, before the 19th century the definition of usury was: the charge of interest or fees on a loan. However, since they began influencing state and church, the definition of usury became: the charge of interests or fees above those allowed by the law. This was not only brilliant because of its simplicity, but because it would also legitimise their activities, and because anyone who charged more interests than them (any independent lender outside of the banker's system) could be accused and charged with usury; which still happens to this day. It is also curious that in almost every country around the world it is an offense to use violence or threats to collect interest on a loan; activity which is usually referred to as loan-sharking. However, if you failed to pay a bank’s loan, you will probably know that soon after the bank’s threats the state will also begin to harass you on their behalf, and would even go as far as using violence against you; if they need to in order to confiscate your goods or evict you from your own home.

But these are only a couple of example of the power the bankers exerted to model society at their will and for their own benefit. The meaning of many other terms were also changed along the last two centuries; a practice that George Orwell coined “newspeak” in his prophetic novel “1984”; [8] as he would also prophesized the "Big Brother" state, constantly surveying and manipulating public opinion on behalf of its hidden masters: the usurers (a.k.a. the international bankers).